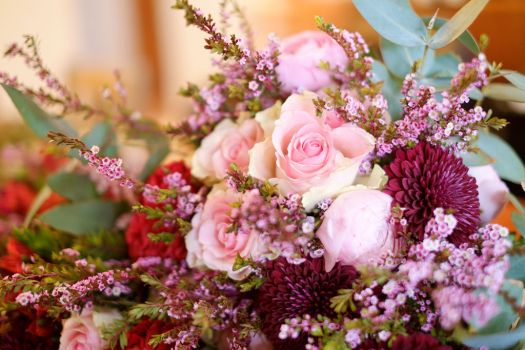 When my husband Jacques and I were engaged, we discussed all the things at weddings that make for a bad guest experience or that sacrificed ‘function for fancy’. With our day, we really wanted people to have an amazing time so we tried to eliminate as many of those things as we could. We’re not here to tell other people how to plan their wedding but here are some ideas about planning your wedding with the guest in mind – as opposed to following traditions on autopilot.

There are a few things at a wedding that seem designed to make some guests feel pretty unimportant. Cliché dictates that seating charts will be one of the most frustrating, fight-inducing jobs during wedding planning. Skip that whole mess by putting the onus on the guests with first-come first-serve system. At our reception we had a table at the front of the room for the bridal party (we did set their places) and two long banquet hall tables running at a 90 degree angle away from them down the rectangular venue. On the dance floor were two tables with the guest place cards.

We opened up the venue 30 minutes before the reception started and people were able to come in and put their place card down somewhere. We did place certain people such as grandparents, parents and our drivers (who consisted of immediate family and would be arriving late with the bridal party) but everyone else was left to fend for themselves. And you know what? It worked out just fine. The banquet tables also had no numbers, so you weren’t stuck at ‘Table 15’ – code for ‘the bride hates you’. If you do want to have lots of little tables, a nice idea is allocating names instead of numbers to them. 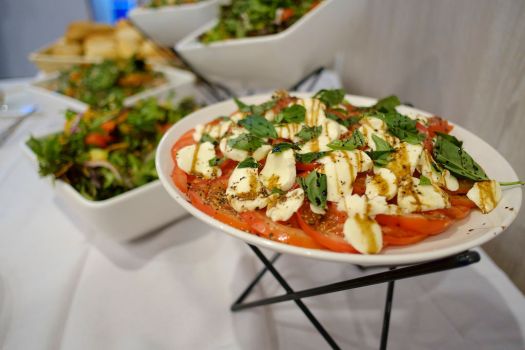 I have attended events where the food arrangements have turned me into a wild creature on a hunt that goes something like this:

Step 1: Locate kitchen.
Step 2: Only half listen to your conversation whilst keeping a hawk’s eye on the kitchen for the tuxedoed men to appear carrying their trays of delight.Step 3: When they come within arm’s reach, pounce – but don’t take more than one or two things so as to maintain your polite exterior.
Step 4: Pretend you don’t want to tip the whole tray up and slide all the sliders into your mouth.
Step 5: You must eat everything you can (politely) get your hands on, because you don’t know when the chance to eat again will come along or when the food will run out. Your personal preference or usual eating habits are irrelevant.
Step 5: Wipe that sauce off your shirt or dress that has certainly spilled as you delicately (yet unsuccessfully) tried to eat whilst standing up and talking.
Step 6: Go back to step one and start over.

While of course there’s nothing inherently wrong with roaming canapés, I personally think that your guests have sacrificed a bit to be there for you on your special day and the poor people deserve a good feed. One of our personal missions for the wedding was that no guest would have to ‘swing by Macca’s on the way home’ because the food was too fancy (code for tiny). If you’ve been to your fair share of weddings, don’t tell me you haven’t hatched a plan for how to barter your way out of the salmon and into the chicken option (or vice versa). If you’re worried about the cost of a sit down dinner, buffets are often a similar price to canapés. They may not be deemed as classy, but at least everyone can find something they want to eat and don’t have to go home hungry.

People took turns with our buffet and I was worried that they would be hungry whilst waiting so we had antipasto set out on the tables and punch in mason jars so they could eat and drink as soon as they set down their place cards. 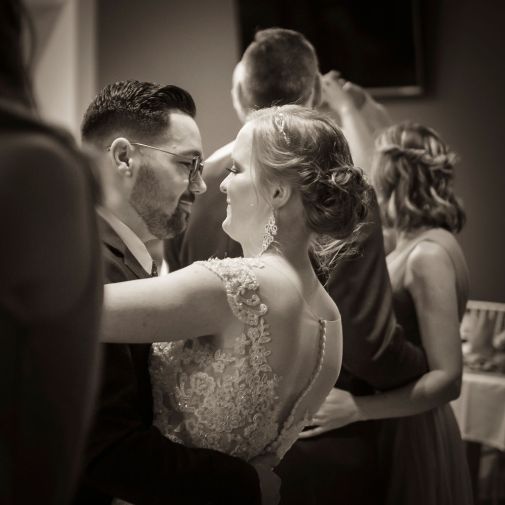 At my bridal shower, we played a game where I was asked a series of questions about myself in front of the group that Jacques had previously answered. When asked what would be the worst thing that could go wrong on the wedding day, my answer was: an awkward dance floor (as well as someone vomiting on my dress). Because of budget and space restrictions, we unfortunately weren’t able to put all of our dance ideas into practice, but here are a few tips.

Hands down the best wedding I’ve ever been to was one in Scotland when I was sixteen and at the reception they had a ceilidh (a traditional Scottish dance). It was awesome because the structured danced with a live band made people get past their awkwardness while focussing on getting the moves right. I get it. As someone who took dance lessons for eight years, I often still feel awkward freestyling. We weren’t able to get a caller for an organised barn dance, and maybe you can’t either (or don’t want to). That’s okay.

If you’re planning to have a dance floor though, at the very least, turn the lights down. There’s nothing that kills ambiance faster than some blinking fluorescent lights overhead. A live band or DJ also encourages people to dance as it creates atmosphere. One of my friends told me something she’s noticed at weddings that have great dancing: “The bride and groom are on the dance floor.”

All the single ladies… and guys

The tradition of the bouquet and garter toss can be so cringe-worthy that a lot of couple don’t even do it today. Unlike my husband, I quite enjoy a lot of traditions, so I wanted to do these rituals, but without the side of awkward.

We got our MC’s to open up the bouquet toss to every guest – married or single, male or female. They also held up a prize (a box of chocolates) for the person who caught it. Introducing the competitive element removed the awkwardness (although we did have to get my 6”3’ brother to stand at the back of the pack) and prevented it from being a ‘shame the spinster’ fest.

Most of our male guests were married so the idea of Jacques tossing a garter to them made us uncomfortable. In the end Jacques removed the garter with his teeth but tucked it into his back pocket (that thing was beautiful and I didn’t want it ending up some guy’s rubbish bin). This way those who thought it was funny laughed, and for those who felt slightly awkward, it was over before they knew it. 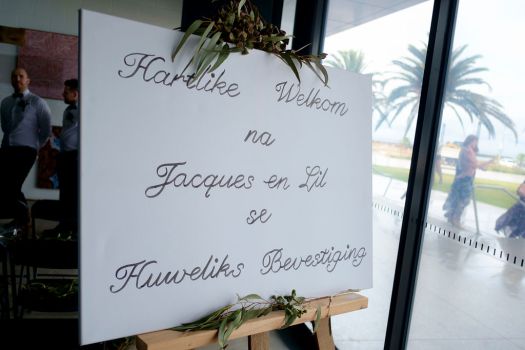 While I’m at it, there are a lot of things at a wedding that brides feel obligated to spend lots of money on without stopping to think whether they actually care about that aspect or not. If you’re looking to save time, fanfare and most of all money, consider some of these tips:

With all of these you have to decide what’s important to you. In this article, I’m clearly not talking to the bridezillas, the Kardashians of the world, or those who can use the phrase ‘money is no object’ without bursting into ironic laughter. I’m talking to do the down to earth girls who know their budget ain’t going to cover a stretch hummer. Think about what you want on your day. For example, flowers were important for me and the bridesmaids, but expensive flowers weren’t. I honestly would have been happy with gyp tied up with lace for my bridesmaids.

When explaining my wedding vision to people I said, ‘People can sit where they want, eat what they want, talk to who they want. At my wedding people can have a good time and be comfortable.’ The cool thing is that we got so many messages from people after the wedding that told us how personal and intimate the whole day was.

One from my aunty stood out so I thought I’d share it here:

Lil, your wedding was so so lovely. I really feel so privileged to have been there. You were beautiful! It was so intimate and meaningful and so wonderful. A highlight for me was the best man’s speech because it helped me see the kind of man you married. So happy for you xo